Facts from the Field #1 – “It’s Where You Measure”

As founder and CTO of a Silicon-Valley company, I feel fortunate to continually meet other technology-minded people solving real-world problems and some industry leaders who have greatly influenced my vision. In each meeting, I learn facts….valuable facts that I thought would be a good idea to share on our blog. So, I’m happy to announce AppEnsure’s new blog series titled, “Facts from the Field” to communicate interesting facts we hear and our experiences in the industry with you. 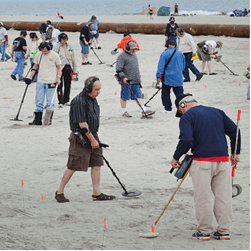 Fact from the Field #1: Shortly after starting AppEnsure, I was introduced to John Young, HP’s CEO from 1978-1992 and who later served on President Clinton’s Committee of Advisors on Science and Technology. When I explained my ideas and principles behind the AppEnsure solution, I remember him putting his arm around my shoulder and saying with a smile, “I have been in instrumentation all my life, son, and one thing I learned is what you measure is less important than where you measure it at. You discovered where to instrument to measure the true performance of applications in this new world of virtualization and clouds.  That will make you and your idea very crucial in the future.”

What an exhilarating experience it was.  Commodity data yields in commodity results – a lesson I learned in 30 years that I have been involved in performance management.  Perfecting performance is a continuous present tense. AppEnsure is built on that principle.  Thanks to the inspiration from people like John and many other luminaries of Silicon Valley – AppEnsure is bringing in new concepts of Application Operational intelligence to our customers that is beyond just fixing problems but focusing on perfecting fundamentals that are crucial to business success – end-user experience of critical applications.