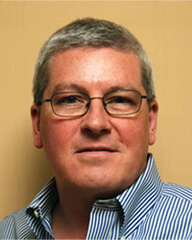 Santa-Clara-based AppEnsure, a startup which makes an application performance management (APM)  solution to ensure high performance for applications in cloud and virtualized environments, has announced that its AppEnsure solution has entered general availability. It had been in beta since last November.

AppEnsure automatically measures response time and throughput for all applications, including custom developed and purchased, in all locations — physical, virtualized, public and private cloud.

“We cover all apps, all locations, all the time,” said Colin Macnab, AppEnsure’s CEO.

Macnab said AppEnsure was founded to deal with a common problem in cloud and virtual environments. When an application runs slowly, it’s very difficult to identify the root cause  because of limited operational visibility and ineffective legacy IT tools that look at point solutions, not all infrastructure.

“In a virtual environment, the Help Desk will often respond and find that servers, network and storage all have resource availability, so the result is blamestorming about the cause of the problem,” Macnab said. “It’s ‘Death by Dashboard,’ where none of the screens know of the others’ existence.”

Appensure deals with this problem by looking at application response time and providing actionable intelligence.

“We give full app traffic visibility,” Macnab said. “We monitor them continuously, see these apps in server, storage, network and services, and measure the response times of each for a baseline, to determine if any of them go beyond a 10% threshold.”

This root cause analysis combines with automated application visibility to present clear instructions for the fast resolution of issues.

“It can automatically discover and name applications with no configuration, because our automatic application topology provides automatic analysis and resolution,” Macnab said. “We have nine patents filed to do this in real time.”

“When a problem occurs at the desktop level, the last thing the VDI user sees is the Citrix logo,” Macnab said. “Citrix isn’t usually the problem, but they are more likely to get blamed, and that’s why they invested in us.”

While Citrix funded them, AppEnsure is agnostic to all virtual operating systems.

“It’s a platform product, so has broad applicability,” Macnab said. It is available either as on-premise software or through a SaaS model. It also work with both custom developed and off-the-shelf applications, written to either Windows or Linux.

Macnab thinks there will be strong initial demand in the enterprise, particularly among banks and insurance companies.

“Service providers will like this as well, because it will help them manage their SLAs,” he said. “Often, the issues they deal with are often a customer problem, but there has been no way to prove it. AppEnsure will show if a problem is in the service provider’s infrastructure, or in the customer application.”

Service providers will be a key part of their channel, but VARs, Macnab said, will be even more important.

“Our biggest channel will be the Citrix and VMware VAR channels,  because it solves a big problem for them,” he said. “The benchmarking also helps them show an ROI for the customer of all the products they are virtualizing.”