Facts from the Field #3: The Wild Card – The Citrix End User 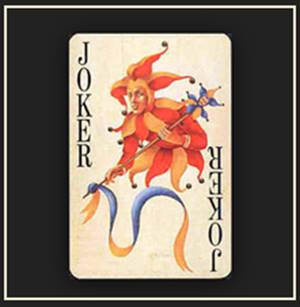 Our third post from our Facts from the Field series is from the healthcare industry and this time it’s a familiar story about Citrix users flooding the help desk with er, detailed, complaints such as “my computer is slow.” Our champion, “Ted” an IT Director of 12 years with this large, U.S. healthcare provider, was slightly smiling when sharing his challenges while managing his IT infrastructure with one of AppEnsure’s system engineers. “I approach each problem with a sense of humor,” he chuckled. “Especially when the problem is a fellow employee.”

Ted’s fellow employees, which include nurses, case workers, doctors, administrative staff, patients and more, all rely on the robust and responsive infrastructure he has built. “Typically, it’s a well-oiled machine,” he shares when detailing the deployment of Citrix XenApp and XenDesktop across thousands of virtualized servers and desktops over a hybrid private/public cloud. “There aren’t too many days where we find ourselves in firefighting mode. But, it’s those problems that never get solved that challenge me most.”

Those problems are the ones that get escalated to Ted and his team due to end user complaints but never get identified and simply resolve themselves. “I’m glad that someone is able to do their job again and they are no longer frustrated with the IT Department, but many times we weren’t able to identify the problem the employee was experiencing. Our team used to go on wild goose chases looking at monitoring tools showing green lights across the board. It merely becomes a waiting game until they call again,” Ted shared. “That’s why I am happy to now have AppEnsure.”

While evaluating AppEnsure, Ted installed desktop agents to allow his Citrix admins to get a bi-focal view of the performance of the images – from the server side as well as from the end device side.  “With the unique end user view AppEnsure provides, my admins can find out what exactly is happening on the end device and have a better understanding of the employee’s experience.  And, as a result, they can pinpoint quickly when the problem is on the end device side versus the server side and get to the root of it in seconds or minutes.”

For example, after Ted installed the AppEnsure desktop agents for some of the more problematic employees, he was able to quickly support one end user experiencing a slow performance problem. “With AppEnsure, we could see the amount of traffic from the end device that was going out to network was 99% to other sources and not to the server from where the image was being published,” he stated with that familiar smile. “As a result of end device being so consumed with other traffic, the image was not responding properly. It was something the end user was doing that had nothing to do with Citrix, the network or my team.”

While wrapping up the meeting with Ted he shared some words of wisdom and one last joke with our engineer. “For the most part, servers, storage devices, databases all work and behave as they were designed with little deviation. Employees, however, are all unique and the only way to better understand their perspective is to see their unique perspective so you can tell them sometimes that they are the problem. I call the employees wild cards but sometimes I just call them jokers.”

Facts from the Field #1: “It’s Where you Measure”

Facts from the Field #2: “I Love It when People Pick on Citrix.”