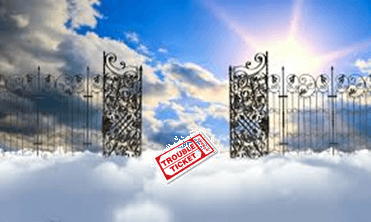 In our series Facts from the Field, #5 explains how AppEnsure helped a big customer close down what the Dir of IT Ops, Steve, calls “Trouble Ticket Heaven”, the place where the trouble tickets can live forever!!! He is NOT being complimentary in this definition.

The start point for this is that many legacy applications that were “modernized” by applying a web layer at the access layer, are streamed using XenApp as the delivery mechanism. This an effective approach and widely used, however, the independent tech silo admins have never found an effective way to see where the issues are that cause slowness, hence passing trouble tickets around, not closing them.

Steve’s BU users were typically having 30 – 60 seconds delays for published applications to respond back.  They would call the Citrix admins complaining and the Citrix admins looked at all the counters they get from Citrix which claimed that everything is working well.  Then they pass the trouble ticket to the backend infrastructure team who would look at the application servers and determine that everything is fine because the servers that are running the application workload all report back with green lights that they are up and running.  However, this approach to tech silo “availability” cannot highlight slowness problems as this approach does not give the granular visibility of every call coming from XenApp and what its’ response time is.  The ticket remains open in Trouble Ticket Heaven and the user gives up and gets used to the slowness.

With AppEnsure deployed, we quickly identified the bottleneck was in the backend infrastructure.  We were able to drill down immediately showing that the calls coming from XenApp were the ones that were experiencing long response times compared to other calls that were directly accessing the backend infrastructure.  We were able to automatically detect that there was a proxy misconfiguration which resulted in multiple retries from the XenApp executable to get the response back from the infrastructure. The trouble ticket was issued directly from the Citrix admins to the server team with the specific IP addresses and misconfiguration identified. Problem successfully identified and resolved in real time!